We started out our youth service this Saturday around 4 p.m. instead of the usual 4:30p.m.. This was because of the recent changes in our schedule. We now have our church’s second service at Saturday night at 7:45 p.m. So we start the YDM service half an hour earlier until the renovation of the church building is done. We started with an icebreaker led by Chester Keasberry. It’s called the Ha game. Everyone stands around in a circle and says Ha without actually laughing. We start with one Ha but with increases with another Ha as it moves on to the next person. They continue doing this until they go one whole round without breaking out in laughter. 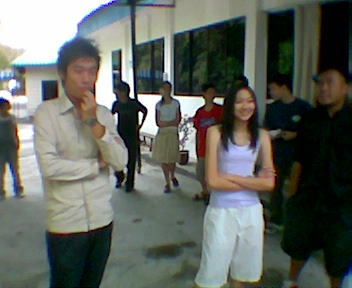 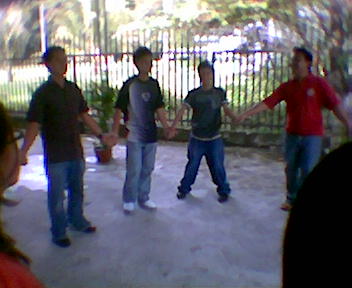 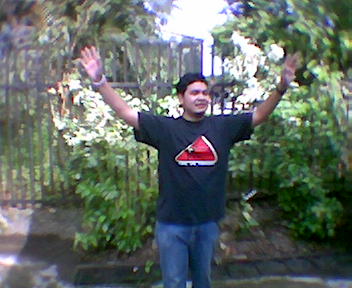 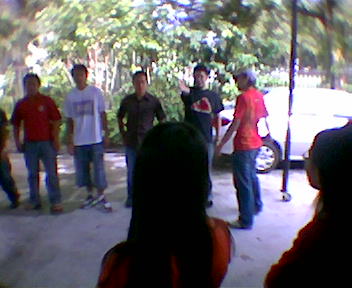 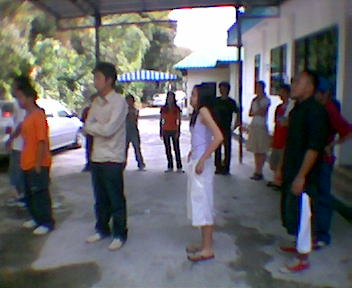 Variations were added after each completed round. The groups either had to change the tone or pitch of their Ha’s or alternate between Ha’s and He’s.

After the icebreaker we went back inside for our praise and worship session. Again led by Chester, the worship team consisted of Rebecca Thien and Terence Sangilos as back-up singers and Aaron Tang, Benjamin Yee, Grace Holtby, Haeman Teo and Wesley Teo made up the band. The songs played were ‘One Day’, ‘You Said’, ‘Awesome In This Place’ and our camp theme this year ‘From The Inside Out’.

After the praise and worship session, we had Stephen Chin as our speaker. He talked about a wide range of topics. He started out with our generation being labeled as the X generation, but we shouldn’t be labeled as such but find out identity through Christ. He then followed that up with that if we are supposed to be in any generation, we are in the ‘NOW’ generation. That we shouldn’t be a generation that procrastinates and say that we’ll proclaim that God exists tomorrow when we feel like it, but should proclaim that God exists today.

He then talked about the verse which is our camp verse, Hebrews 11:6. But without faith [it is] impossible to please [him]: for he that cometh to God must believe that he is, and [that] he is a rewarder of them that diligently seek him. He explained that because without faith, we’re telling God that He does not exist and that we should diligently seek God and stand in the gap for our friends and family.

We were then brought back to our previous sermon by Stephen. The one about our supreme identity. That we are
and we have one sickness called home-sickness where heaven is our home and we’re placed here on earth as representatives of heaven. We are ambassadors. He also challenged us that whether or not we are Christians on the surface only and leading a double life where we go to church on Sundays but on every other day we live like everyone else who doesn’t know Christ. That as Christians, we should show that we are Christians by loving one another, not just other Christians but also everyone else(John 13:35).

He then brings us to his main point for the service today which is to pray for the Youth Camp. But before that he brought us to chapter 10 of the book of John and that Jesus is our shepherd and has called us to him. That although this youth camp hasn’t reached the amount of people that we would have liked. Each one of those people who are going there are those who God has called to be there. That God has planned for all these events to occur as it is to occur.

We then had time to break off into groups of 3-4 to pray for these prayers points:


A point was made that living in faith everyday doesn’t mean living by our feelings that God is there but through believing that God exists. “It’s not in the goosebumps” says Stephen.

We then had time for testimonies after the time of prayer. First up was Chester who recently had his car broken into and Ben’s laptop was stolen in Miri. He thanked God that nothing else was taken other than the laptop and that we should count our blessings when these things happen. Stephen was up next. He thanked God that he is able to go to the Hillsongs conference in Australia next month because he never expected to be able to go there and was given the opportunity to go when he was sponsored to go. He’s also going to South Africa for leader’s training right after he comes back from his time in Australia in July all the way until October. After Stephen came Annabel, who thanked God that she was able to adjust to her life in Melbourne and kept her safe during her time there (edit: and also she was baptized in Melbourne).

Next came Haeman who thanked God that he was able to make it to KL after his bus broke down on the way from Johor Bahru to KL. Chester came back up another time after remembering something. He thanked God that he’s still able to see after an close call with a pencil to the eye when he was younger and that his brothers also had similar run-ins where they could have lost their eye-sights as well but are still able to see. After all that we ended with the song ‘For This Cause’ to end the service and had our first Saturday night service later that evening.
Posted by Nick at Sunday, June 18, 2006

Verse Of The Day!